It’s not a matter to take the 1st step anymore, it’s a matter of time

We are living in the era where we don’t have enemies but ourselves and our behaviors; the planet is in self-defense process, hence none knows if it can heal itself, however human being is in sleeping mode or trying to ignore but things became to be tangible moreover described to be catastrophic.

Clearly and as everybody knows, industrial era is the main reason behind planet illness; Human since then is continuing with his behavior to uncover secrets of nature, to protect himself, to develop his society but on top of all he never limits the eager of power and fortune.

The deeper issue is that is the more we develop the more we demand and consequently the more we consume; so how to limit this cycle in a way reducing the resulted impact on the nature.

With all that blurry vision we have to decide going with the same protocols we are living or being straight forward to be responsible thinking of reducing the impact and of future generations who has more to do.

Basically if we talk about actions on the scale of individual, it looks simpler; considering the case of France who is supposed to reduce the CO2 emission per year per person from 12 tons to 2 tons, is that realistic? Probably yes but actions of individual’s reaction to climate change can be limited more or less to (Link): 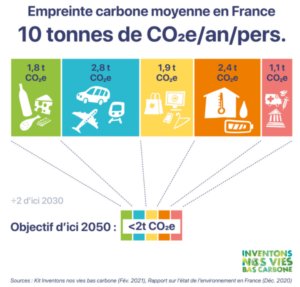 Despite all what came above core changes will be limited and unfortunately the target number is expected not to be reached; the big fact is that we are living in an over demanding complicated society, and interconnected economy which will never play a supporting role to counter react against climate destruction.

As a result we can simply conclude that if we don’t work toward changing the consumerism lifestyle and over demanding mentality by reducing for example variety of products, limit the market with seasonal products, and stop the mentality of just gaining, and others….

If we don’t arrive to make that change, we will stuck in that hollow sphere and I don’t think we will be ready enough to handover a clean healthy environment to our descendants. 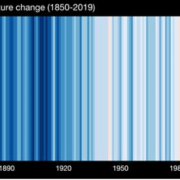 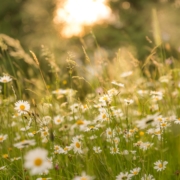 What future awaits us ?
0 réponses