Decarbonization means reducing the amount of carbon emissions we produce, hence in the energy we use. Regarding oil, the majority of its ressources have already passed their “peak” in 2008 according to the World Energy Outlook 2018. It means that from now on, supply will only go down. But as long as we want to survive as a species (and let’s assume we do) imminent decarbonization has become our way out. The only? Not exactly. Some people talk about a world without the amount of energy we are currently using. Some talk about the low-tech era and a return to what life was before the industrial revolution. Or about a “collapse” and the end of society as we currently know it. What these people talk about is basically sobering up from this energy addiction of our own, either willingly or by lack of other choice. They talk about degrowth.

In the recent years we’ve seen renewable energies like wind-power and PV (photovoltaic) grow at unprecedented rates, which gives good hopes in these technologies. However, their proportion in the energetic mix is still minimal. Moreover, we have been consuming in such amounts that it is very unlikely that renewable energies alone will be able to produce such amounts of energy anytime soon. In other words, decarbonization alone won’t solve the problem, unless nuclear energy massively comes into play.

We have come to a point where we can’t afford to pick an option anymore. Either way, one of the two won’t be enough, we need to do both, paired with other solutions. Decarbonization (renewable energies, nuclear), sobriety, low tech, energy efficiency, circular economy… It is about individual responsibility and communal effort.

For way too long we have been seeing the situation worsen, and for cause, we have been watching it, not individually acting on it. We are facing a very significant issue, whose responsibility is diluted over the entire global population (for some much more than others). So it is tempting to think that other actors have a greater power of action than we do. This is what has been recognised as the “inaction triangle” (here-below). Where each part of society points at the others as the one supposed to lead change. 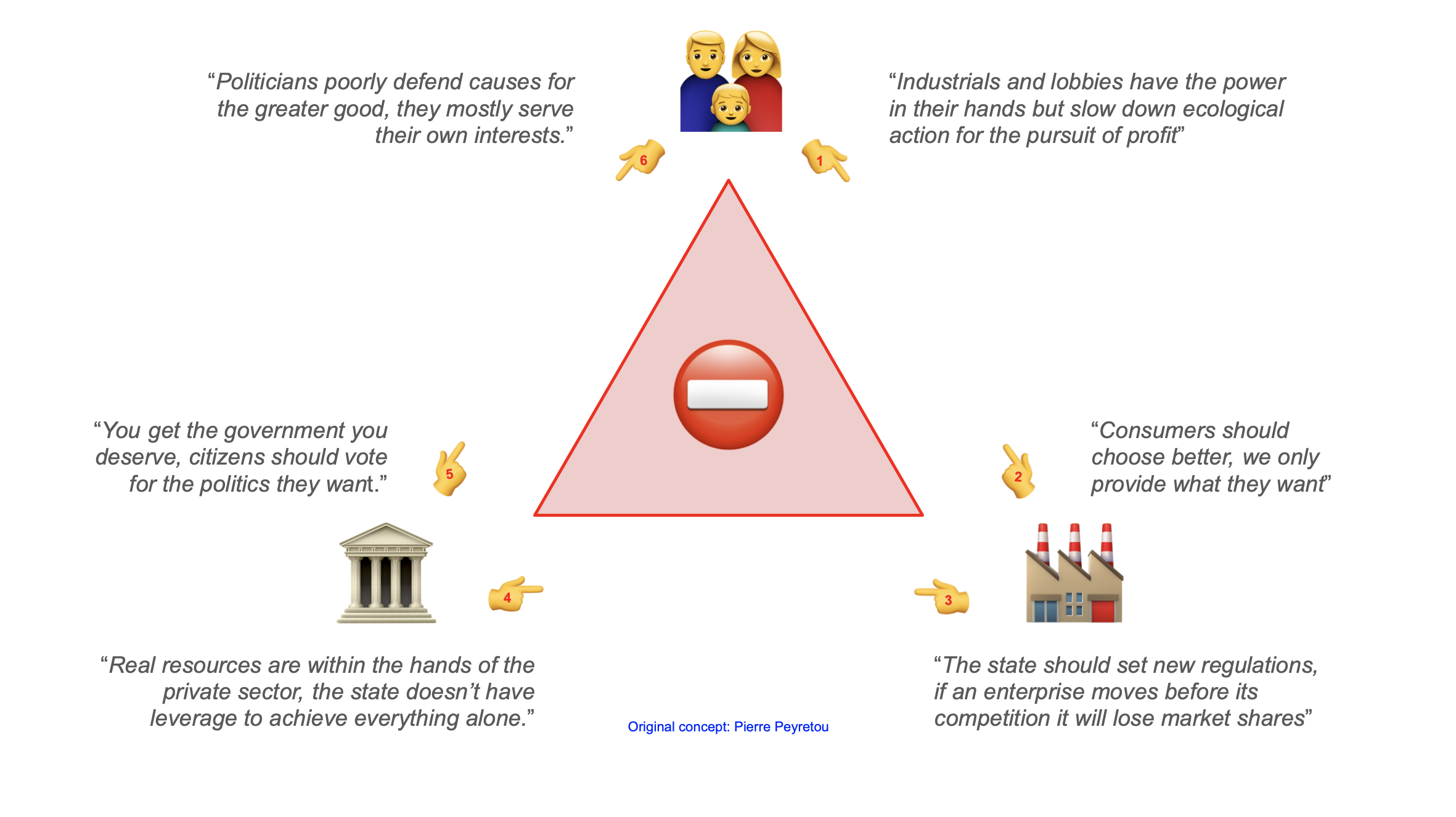 This cycle has finally been broken off in the Netherlands by the NGOs Urgenda and in 22 other countries subsequently. Citizens, have gathered under a unified entity and used the law to make the government accountable for its actions/inaction. You can find the Global Climate Litigation country list here. France has joined the list in 2021. Indeed, the Administrative Court of Paris has recognised the French State guilty of contributing to the climate crisis by largely exceeding its carbon budget.

People often justify questionable actions arguing that they “just do their work” to deflect their responsibility although it doesn’t deflect the consequences. At the end of the day, even behind governments and industries, are humans. Ultimately, the person in charge is responsible for his/her actions. If no one is willing to take part in actions against the climate, then the said industry would not be capable of harming the environment anymore. Understanding the stakes is often what it takes to make one shift. Hence, it is mostly by educating people that we can trigger this shift.

Through the adaptation of their individual habits, all citizens could reduce up to 20% of all global carbon emissions. The industry sector is responsible for the 80% left. There are many things we can avoid to reduce our carbon footprint. Some are obvious, others are less well known. We can avoid taking the plane. Avoid red meat. Even reduce our streaming consumption. You can find more in the next article: 4 Solutions against carbon emissions. While we can “do our part” by becoming more conscious of what and how we consume, we can also encourage influential institutions to reduce their impact at well. From inside or from outside, using legal tools. 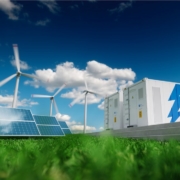 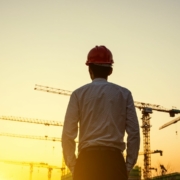 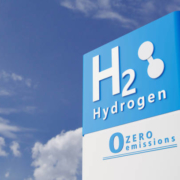 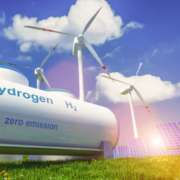 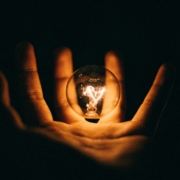 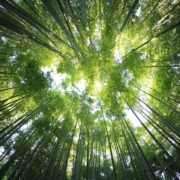