The Intergovernmental Panel on Climate Change (IPCC) has been working tirelessly for the past 25 years to raise awareness about the reality of the climate crisis. Despite this, it wasn’t until recent natural disasters and severe weather events that our political leaders truly began to take notice and accept the gravity of the situation. However, it is important to remember that words and rhetoric alone are not enough. The IPCC has done its part in providing the evidence and knowledge, now it is up to political leaders to take meaningful action in order to address the crisis and mitigate its impacts. It is time for real, concrete steps to be taken to protect our planet and future generations.

It was better before

The idea of global warming is no longer met with ridicule, and our most forward-thinking politicians have acknowledged its reality. Now, it is time for the opposition phase to begin. This opposition is fueled by the notion that in our current era, where many people long for the perceived simplicity of the past, we may have to make sacrifices and adopt a more austere and less comfortable lifestyle. The question now is, what are we willing to give up in order to address this crisis? The consensus on climate change has been reached, it is now time for action and real change to be made. It is crucial that we as a society are willing to make sacrifices and make necessary changes, in order protect our planet for future generations.

For years, we have been bombarded with terrible predictions about the future of our world. However, despite a few unsettling wildfires, unseasonal snowstorms, and unexpected floods, nothing has seemed as alarming as the speeches that foretold their arrival. While these predictions were once dismissed as overly pessimistic, they are now being recognized as realistic. Whilst they were once considered alarmist, they are now undeniably alarming. And as they were once viewed as just catastrophic, they are now proving to be truly catastrophic. The collective consciousness is shifting, and the future is no longer seen as distant from the dystopian scenarios that were once only imagined. The climate crisis was something that many people predicted, yet very few are willing to take the necessary actions and bear the costs to address it.

The art of compromise

That’s why I see that, “compromising” might be a good way to start,  politics lies in the art of compromise and the courage it can sometimes draw will never be at the level of the pragmatism it requires. But today, only two types of concessions seem acceptable to us: those that suit us and possibly those that do not bother us. For example, we do not need the air conditioning in Morocco because such country has a suitable climate, but if we were deprived of it, we would probably feel a deep injustice. It is therefore a question of returning from desire to need, the only way to make need desirable.

In conclusion, it may be that the planet and its well-being do not hold much value for some people, but the reality is that the world is facing significant physical, diplomatic, and moral challenges. The warning signs are now impossible to ignore, and the planet deserves better. Ignorance is often used as an excuse for inaction, but the time for excuses is over. It is crucial that we become more aware of the situation and take action instead of making empty promises. The planet is in crisis, and it is our responsibility to address it before it’s too late. It is time for meaningful action and true commitment to finding solutions, rather than making excuses and avoiding responsibility. The future of our planet and all the living beings that inhabit it are at stake.

Inspired by the movie “once you know” of Emmanuel Cappellin. 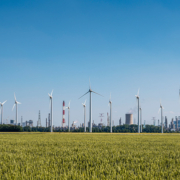 Nuclear vs. Renewable Energy: The Importance of Considering All Factors

The floating farm: The new era of “adaptation” to catastrophe.

We are dying cool...
0 réponses